This game was first released as MISER for the Commodore PET in 1981.  Considering the strict constraints of the early 8-bit machines — the original version only required 16K of memory to run — it was remarkable for its complexity.  It was also written in an archaic version of BASIC developed for Commodore by Microsoft in 1977.

I decided re-implementing it in object-oriented PHP would be a fun task to tackle in my spare time, and completed it in just a few days, along with some enhancements. My attempts to get in touch with the original author were unsuccessful. 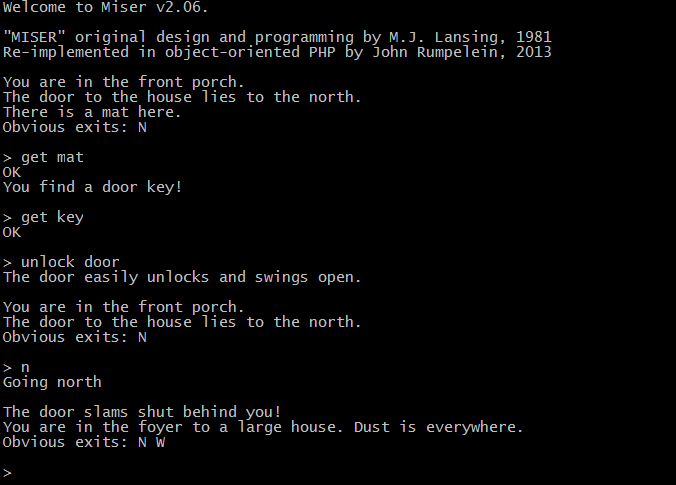 The video below contains a walkthrough. Warning: SPOILERS!